A TEAM WITH DEEP ROOTS IN CONSTRUCTION

The most important factors distinguishing Russell as the
nation’s leading minority-owned construction firm: Over 60-year Reputation
for Honesty and Integrity 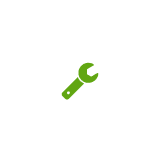 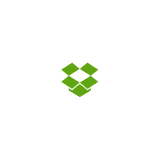 An assembly hall is a vital community asset for its citizens to gather, communicate, and learn. The Fulton County Assembly Hall is no exception, with Fulton County residents regularly using the space to entertain, educate, and socialize through large events.

H. J. Russell & Company (Russell) served as the Construction Manager (CM) to an extensive renovation of the existing Assembly Hall. This project was the Hall’s first major renovation since its doors opened over twenty years ago. The $2 million transformation involved the Assembly Hall, Commissioner’s Chamber, Commissioner’s dais, pre-function area, support spaces, and Level G corridor, and included restoration of millwork, railings, and architectural finishes, as well as fixed seating for 300 people, audio/visual technology overhaul, and accessibility/assistive expansions – all in just over four months.

“The schedule was by far the biggest challenge,” says Greg Dixon, a senior project manager at Russell. “I think we mitigated a lot of potential obstacles by working in sync with the Architect and the Owner.” Through strong partnership and early communication, Russell was able to establish which materials had the longest lead times and procure them even before shop drawings were formally approved. When certain materials couldn’t be obtained in time for the project to be completed, Russell worked with the client to find comparable alternatives.

For increased efficiency during the tight schedule, scaffolding was constructed across the entire assembly hall to complete above-ceiling work. “We like to call that type of scaffolding a ‘dance floor’ because it covers such a large area,” says Greg. “It’s one of the most interesting constructability solutions we had to figure out during this project.”

Another interesting problem was figuring out how to have the trench work completed congruently. The solution was to dig a trench that was 76’x 2’ 1/2”x 4’ deep, allowing for the installation of the electrical and low voltage cables for the existing millwork and the new communications closet.

Perhaps the biggest aspect within this project was the upgrading of 30+ year old technology. Russell worked closely with the client and their A/V consultants to establish a digital infrastructure that would meet modern expectations. This meant a total overhaul of the digital displays and sound systems, such as replacing a fixed projector screen with a fully integrated digital display system. A multitude of ADA upgrades, including accessible seating, assistive listening options, and signage, were also implemented.

This renovation transformed Fulton County Assembly Hall into a state-of-the-art facility with an open, positive environment that will serve Fulton County employees and citizens in the years to come. A town amphitheater is an exciting, dynamic community staple where lifelong experiences and memories are made. Russell served as the general contractor of a new 3,200 seat Amphitheater for the City of Stockbridge, Ga. The Stockbridge Amphitheater and Park, which sits directly behind Stockbridge City Hall, anchors an anticipated mixed-use development surrounding the city center. A combination of fixed and terraced lawn seating welcomes open-festival seating, table seating, or folding chair seating. The amphitheater includes two concessions buildings, a will call / office building, and one standalone restroom building, with an additional restroom that sits on top of the green room as part of the VIP roof deck. The materials and forms used creates a unique and striking space that fits comfortably with the traditional design of the adjacent City Hall and landscape.

One of the most significant challenges was inclement weather. While most projects ultimately face some sort of weather-related frustration, Georgia’s unseasonably wet period in early 2020 meant that Russell lost 11 days in January, 22 days in February, and 13 days in March: a total of 46 days, over a month and a half of lost time.

To combat this shift in schedule, Russell made use of a quarry less than a mile from the construction site. M10 Aggregate is a granite sand byproduct produced by quarries when breaking granite into stone. This special material does not turn into mush or mud when rained on, which is an enormous advantage during an unwelcome rainy season.

H. J. Russell & Company (Russell) hauled in 55,000 cubic yards of this fill material, divided into 4,500 individual truckloads from the local quarry. Despite this massive amount of truck activity, Russell was deliberate about minimizing disruptions to the normal flow of traffic in the area.

Another, and perhaps the most unique challenge on this project was its exceptional location adjacent to the historic Civil War grounds.  The Amphitheater’s site was previously owned by a Civil War surgeon, which meant that there was a very real possibility the grounds contained the unmarked graves of those who passed under the surgeon’s care. Russell worked with a ground penetrating radar company to identify which areas may have contained human remains, or anything else of historic significance, then carefully excavated those areas under the care and direction of archeologists, fire marshals, and building officials.

Luckily, this local urban legend of a Civil War graveyard was fully debunked. All the suspected “blips” in the area turned out to be old roots, pipes, or trash, and the project was given the green light to move full steam ahead.

Finally, the most serious of these project hurdles was the onset of the COVID-19 pandemic. Construction had just started in full earnest while most of the world screeched to a halt. The then-constant change of safety precautions and numerous unknowns made operation difficult at times, and despite enabling full safety measures, many of the project’s team members became sick and ultimately suffered the tragic loss of the site’s superintendent.

The dark times of the pandemic made the project’s team members eager to see the light at the end of the tunnel. When faced with temporary delays due to the halt of international travel, Russell had the expertise to pivot and employ timesaving, detailed strategies that kept the project on the rails while also ensuring strict safety measures.

Despite these challenges, Russell’s belief in transparency and open communication helped keep the project moving. The new Amphitheater opened in August 2021, just in time to welcome award-winning musical legends Patti LaBelle and Gladys Knight to headline its grand opening.

Want to work with us?

Want to work with us?