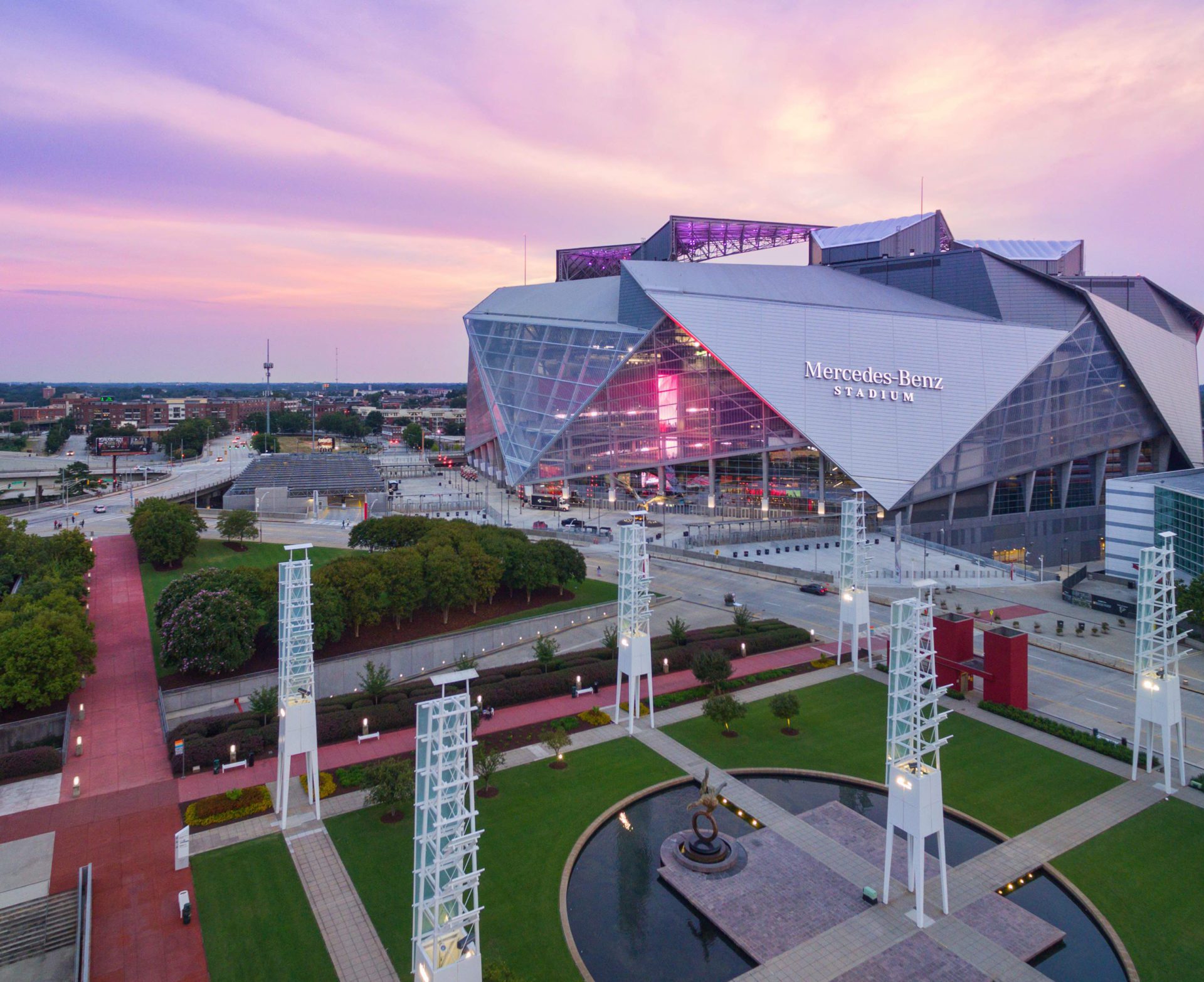 For the second time around, H.J. Russell & Company has the honor of contributing to the building of major Atlanta attraction, the Falcons Stadium. As member of a four-partner joint venture team with Holder Construction, Hunt Construction Group and C.D. Moody Construction, H.J. Russell & Company is providing construction management services for this adjustable-seat capacity stadium. The number of seats can be expanded up to 75,000 to play host to a potential future Super Bowl or FIFA World Cup, or up to 83,000 for other events such as the NCAA Final Four. The new stadium is scheduled to open in 2017. The Mercedes-Benz Stadium will boast some of the following features: