for clients seeking guidance for their building programs

At H. J. Russell & Company, we are client-centered which is why we offer our program management services together, serving as your owners’ representative, or a la cart tailored to meet your specific organization and project needs. Whatever the way – we just want to be of service and help you plan and execute your project and your vision.Our program management services encompass all phases of project delivery – from feasibility and preplanning, permitting, zoning, design, procurement, construction, commissioning, and move-in up through the warranty phase. We help manage and lead single projects, comprehensive building programs, even multi-location/multi-project programs. Large or small we, we can help with them all.

Our Program Management Services include:

Currently managing $15b in programs

Providing PM/CM services for over 60 years

INDUSTRY EXPERTISE WHEN YOU NEED IT MOST 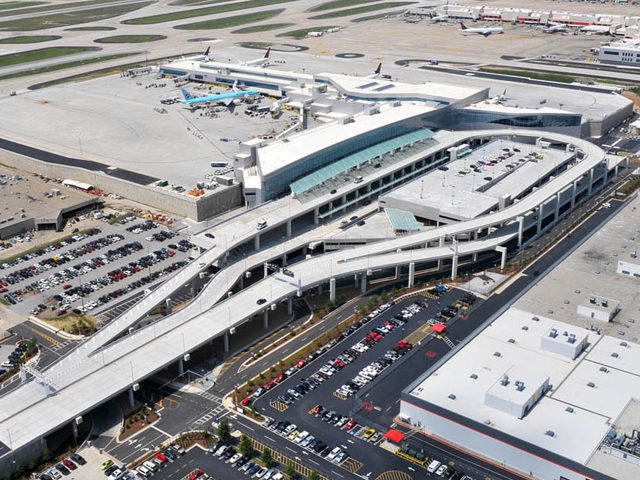 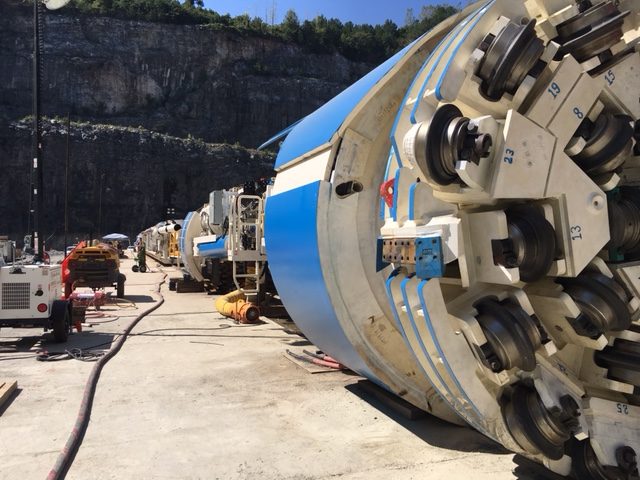 The Program Management team at H. J. Russell & Company is multi-discipline, composed of seasoned professionals with backgrounds in architecture, engineering, construction, facilities planning, operations, and financial management. Leveraging our team’s strength, we strive to contribute effectively and provide impactful service to our clients, each and every day – beyond just delivering projects on-time and on-budget. 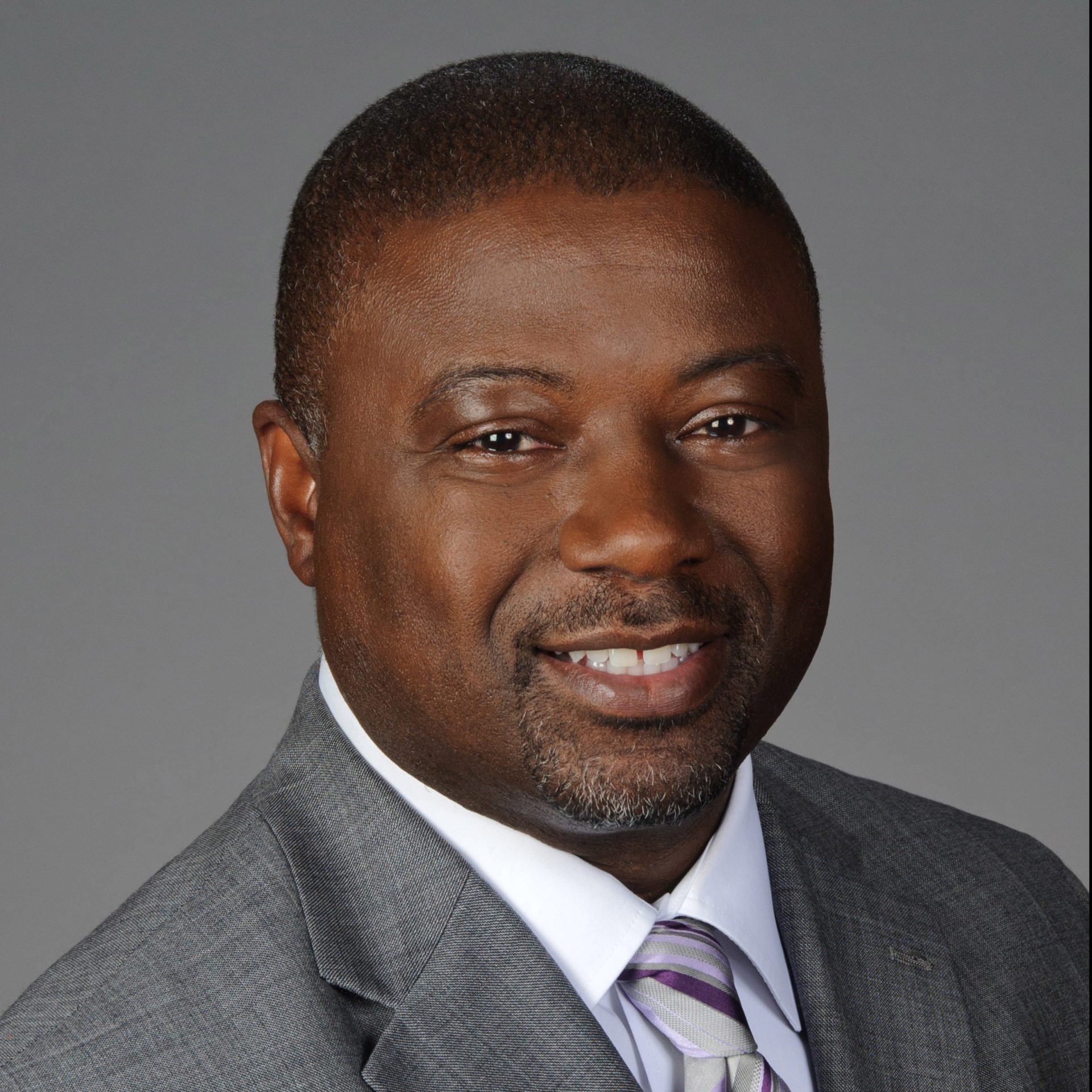 The Metropolitan Atlanta Rapid Transit Authority (MARTA) is the preferred public transportation system for Atlanta, GA. Established in 1979, MARTA has grown to the 9th largest public transportation system in the US. With over 432K local and out of state users utilizing the system daily, MARTA is a big player in Georgia’s economic activity producing around $2.6 billion each year and an estimated 24k jobs. Among the top 10 largest metro areas in the US, Atlanta continues to grow and is expected to sustain the rapid increase in employment, housing needs, and transportation expectations.

The More MARTA 2040 expansion project launched officially in 2019 after the MARTA Board voted in favor of the plan and will be MARTA’s largest expansion project in 40 years. More MARTA is funded by Dekalb County, Clayton County, and the half-penny sales tax Atlanta voters passed in 2016. It is expected More MARTA 2040 will reach 126 additional ATL neighborhoods and 350,000 jobs throughout the region.

The joint venture team of Russell and Jacobs, also known as the Jacobs-Russell MARTA Team (JRMT), is responsible for assisting MARTA in its creation of a Centralized Project Management Office (CPMO). In this role, the JRMT is responsible for overseeing the project management process from inception to completion. The team will manage nearly $700 million in construction spending in for the MARTA CPMO in the first five years. Other responsibilities include the establishment of governance, creation of policies and procedures, quality assurance, establishment of enterprise program management systems, new invoicing systems for capital projects, and the further development of project controls and reporting. The JRMT’s goal is to help MARTA evolve into a more matrixed organization allowing for enhanced interdepartmental communication and operations. The JRMT wants to leave a legacy that pushes MARTA to new heights, strengthens their culture, and increases operational efficiencies down the line.

With a commitment to diversity and the City of Atlanta, appropriately staffing projects for More MARTA 2040 is hugely important to Russell and Jacobs. More MARTA 2040 will create more than 6,000 jobs and employ 18 subcontractors, 13 of which are minority-owned, women-owned or small business enterprises.

Other projects completed by H. J. Russell include: 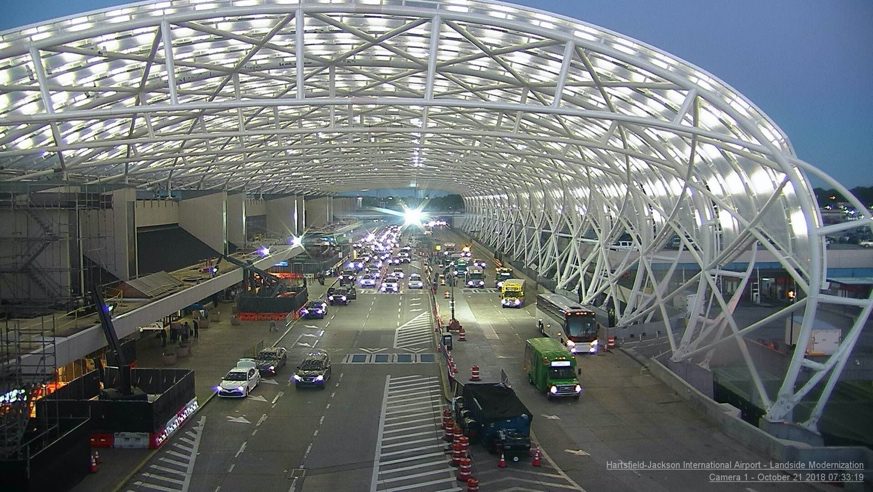 Hartsfield-Jackson International Airport, located in the heart of Atlanta, has been reported as the world’s busiest airport for over 20 years. As the hub for one of the largest airlines, Delta, Hartsfield-Jackson serves over 275K passengers and 1,000 flights on a typical day. Atlanta’s diversity can be seen at the growing Airport as passengers from around the globe land here. The Airport generates a $34.8 billion in economic impact for metro Atlanta and provides over 63,000 jobs, more than any state employer. With the high volume of foot and air traffic, it’s essential the Airport operates efficiently to meet customer expectations and their evolving needs. To further improve Airport operations, the ATLNext development program was created.

ATLNext, which began in 2015, is a $7.5-billion 2030 Master Plan development program for Hartsfield-Jackson International Airport. The Master Plan will update and expand the Airport to maintain anticipated passenger and air traffic growth. Russell, alongside WSP and CBRE|Heery make up the joint venture partnership called Atlanta Aviation Associates (A3) responsible for program/project management support, quality management, safety oversight, project controls, contract administration, document control, invoice compliance, constructability reviews, as well as supplier diversity outreach, monitoring, and reporting. Working closely with the Department of Aviation, Russell credits the partnership’s success to the team’s ability to seamlessly integrate with the Department of Aviation as an extension of the staff. Communication with the Owner has been key to the team’s ability to execute the projects successfully.

A3 manages over 500 projects ranging from airfield improvements, parking expansions, new gate additions, to mechanical and electrical system updates, and gate improvements. With anticipated refreshes needed every 10 years, the projects are diverse in size and type. Typically, $500 million design and construction projects are executed each year. The sheer volume of airport traffic makes this program unique as the project team must manage and execute complex projects while keeping the Airport up and running as disrupting the streamlined airport operations would impact millions of passengers. The project team has managed to deliver quality projects on time and within budget while working at the operating Airport.

Five years into the Master Plan, a lot has been accomplished. One of the unique projects to date is the Landside Central Passenger Terminal Complex (CPTC) Modernization. Scope included constructing the new north and south curbside upper level roadway canopies, exterior facade improvements, renovation to the twenty (20) entry vestibules, redoing the Domestic Terminal Roof, Security Screening, Composure Area; and Signage improvements for Static signage on the landside.  The objective is to bring the existing facilities to a new and modern look and feel similar to the International Terminal. On a technical level, the project was engineered to bear the canopy loads and allow the foundation to be placed while maintaining vehicle and passenger traffic. As the front door entrances to the highest traffic area, it was important the operations had minimal impact on traffic flow, which was proven successful. Other projects that involved maintaining high-level traffic flow included renovating and modernizing the Delta holdrooms and City concourse corridors located on Concourse T, Concourse A, Concourse B and Concourse C North.  The work will include new ceilings and LED lighting along the concourse corridors.  The holdrooms will receive new and expanded exterior glass, raised ceilings to expand the volume of the space, new LED lighting, new holdroom seating with power outlets, gate podiums, along with new carpet and wall finishes. Due to the limited gate space, Russell helped coordinate the construction promptly, working nights and off-hours, to ensure they were finished on time as to not hinder operations.

The program includes the following projects: